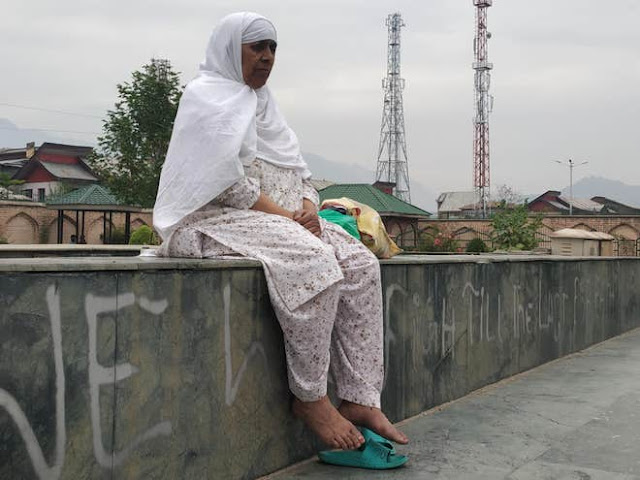 Article by Samaan Lateef for The Independent Mugli Sofi, 70 years old, has been waiting anxiously outside Central Jail Srinagar in  Kashmir’s sum mer capital to meet her son, Rafiq, for several hours. This is the first time they would be seeing each other since Rafiq, 42, was picked up by Indian police during a night raid on their house on 28 August in the Danderkha locality of the city. “They (Indian police) scaled the walls and entered our house in the dead of night, without prior notice,” Sofi tells  The Independent . Sofi breaks down when she recalls what happened. With her son the sole breadwinner in the family, she is frightened for the future. “He is innocent and has never participated in anti-India protests,” says Sofi, as she waits for her turn outside the jail. “My son works as stone mason and grew up in difficult times after death of his father. He has had to shoulder responsibility of family too early in his childhood.” According to Sofi her
Read more 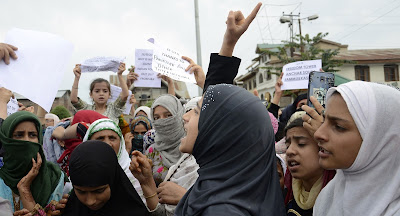 Article by Soumya Shankar for The Intercept (14th Sept. 2019) On the eve of Eid al-Adha last month, 17-year-old Asrar Khan lay in a vegetative state at Sher-i-Kashmir Institute of Medical Sciences, a hospital in downtown Srinagar, Kashmir’s largest city. The unconscious teenager was barely hanging on to life, connected to a ventilator and blinded in one eye — the result, his family says, of pellet injuries at the hands of India’s armed forces. Six days earlier, on August 5, India’s government, led by the Hindu nationalist Bharatiya Janata Party, with Prime Minister Narendra Modi at the helm, had unilaterally abrogated a constitutional provision that gave special rights and a degree of autonomy to Kashmir, one of the country’s only Muslim-majority regions. Kashmir, already one of the most militarized places on earth, has been under near-total lockdown since then, with a communications blackout, mass arrests, and an intensified military presence. After arriving in Srinagar on
Read more